【Changemakers】With 10% of Men Worldwide Having Color Vision Deficiency, a Portuguese Designer is Creatively Bringing True Colors to Everyone.

“It’s really embarrassing,” says Tiago Santos, 34. “I thought I just wasn’t good with colors, the same way that some people struggle with math.”

This problem has bothered Santos for more than 19 years. Santos was born in Portugal. As a child, he often wondered why it was so easy for his classmates to color trees and the sky while, for him, choosing the right crayons was always a challenge. He even got made fun of because he colored his skies green. Art class in school was like a nightmare to Santos.

Problems that Can’t be Seen

Color is highly important in life, but color blindness is the most common genetic disorder in the world. About 10% of the male population worldwide suffers from varying degrees of color blindness. In Taiwan, the number is 8%, which means one in twelve men there are likely to confuse purple with blue, and red with green.

Even though 10% is not a small figure and, for most people with the problem, it is an "invisible" obstacle, its impact on everyday life is usually underestimated. People with full-range color vision see about 30,000 distinct colors, but those with color blindness see no more than 800.

As a child, Santos deliberately left his crayons at home and borrowed “the right ones” from friends to avoid being laughed at. When he got older, things that an average person would spend only seconds on, such as choosing ripe fruit, matching his clothes, or reading subway maps, were major challenges.

His difficulties are shared by many with his condition. Upon seeing a guy wearing clashing colors, we usually judge his taste in fashion instead of thinking he might be colorblind. When people are “blind” to the colorblind, the latter’s ability to function in society is further hindered.

“I spent another 10 years pretending to be fine just to avoid asking for help all the time,” says Santos. “And then ColorADD came along and changed everything.”

Color Should be for Everyone

When 10-year-old Miguel Neiva, also from Portugal, was hospitalized for hepatitis, he never thought that he would later start an organization working closely with the colorblind. During his isolation in the hospital, he experienced vulnerability and loneliness, allowing him to somewhat understand how it feels to be colorblind.

While studying at university, he looked to make a difference through design (his major). With his sharp sense of color and later career as a designer, he couldn’t imagine a world without color.

“Colors are highly important to my work, but I know nothing about color blindness. So, I always have this fear of losing my ability to distinguish colors,” Neiva says with a smile. “Every time I go for a routine eye exam I always say to the doctor, ‘Please let me take the color test; I really want to know if I see the world like everyone else.’”

Obsessed with colors, Neiva dug into how people with color blindness make their way in this color-dominated world. He was surprised to find out that there was no system in place to help them.

This brought him back to when he was six years old: “There was a colorblind kid in my class, and I was one of the kids who laughed at him. Children have this cruel innocence about things they don’t understand.” In Portugal of that time, “only referees who gave red cards during soccer games were called colorblind!”

Seeing people hardly notice the helplessness of the colorblind, Neiva decided to start on a huge project – the creation of a set of universal color codes to systematically remove roadblocks for the colorblind.

He continues, “It’s impossible to gather all 350 million colorblind people in the world together. Most of them don’t want to be noticed and usually don’t ask for help. So, my idea was to build a unique system that could be implemented globally to allow them to function in society without being looked down on.”

“The idea became so engrossing when I found out it was entirely new. And I became even more determined after realizing that people without color blindness have been cruelly ignoring this problem since it doesn’t affect them.”

From Portugal to the World

Despite Neiva’s strong motivation, creating a unique alphabetic system was far from easy. He explains, “To me, it was not just about the colorblind in Portugal. I also wanted to know if their problems were the same as those of the colorblind in China. I needed to get a thorough understanding of their real-life problems and what could be done to minimize their difficulties.”

Neiva spent several months working with ophthalmologists, optometrists, and professors in the field of visual science to gain a basic understanding of color blindness. After that, he interviewed 146 people with color blindness around the world to learn more about their needs and difficulties.

For example, a pastor told Neiva that since taking on his job in the church, he was less troubled by color blindness as his robes were only black and white. A woman from Brazil confessed that she lived in fear of getting fired because she had to handle Word documents with instructions like, “The contract has been modified. Please delete the text in red and keep what’s in green.”

After eight years of work and having heard many people’s stories and ideas, Neiva created a brand-new color-naming system – ColorADD.

Changing the Game with Color Codes

The design of ColorADD is based on the three primary colors. There are five symbols for the primary colors (red, yellow, and blue), black, and white. Any color can be represented as a code through combining these symbols (for example, the code for green is composed of the symbols for yellow and blue). And by using the symbols for black and white, tints and shades are brought into play, allowing other colors, such as navy blue and pink, to be “spelled out” with ease. To get gold and silver tones, all you need to do is add an opening parenthesis before the code.

What is great about the codes is that they can be applied globally. Imagine this: A person with color blindness is in a foreign country where the language spoken is not her own. In a store, she is frustrated by being unable to distinguish between the green and red tomatoes. As she is about to give up and leave, she notices a small label with a color code. Bingo! With the ColorADD code, she gets what she needs.

A color code requires just a small space on packaging, yet it opens up the world for people who are colorblind. For them, seeing color codes on products means finally being able to “read” the world of colors without anyone’s help.

“ColorADD provides more than codes. Now I can stop hiding my condition. It has helped me gain my independence in a society that operates on color,” Santos says. “Neiva’s system has even helped me start conversations with people unfamiliar with color blindness. They see the codes and are curious, and we start talking from there.”

ColorADD can be used in many different areas: on color pencils to help children pick the colors they really want, on public transport maps so people may properly identify the tangle of routes, on medication and syringes to reduce the occurrence of incorrect use, and on traffic lights and mailboxes to build a colorblind-friendly environment.

Numerous companies and institutions have collaborated with ColorADD, including Zippy (a popular children’s clothing brand in Portugal), Central Lisbon University Hospital Center, and the Rio 2016 Summer Olympics. In 2014, a group of engineers in Portugal created an iPhone app with ColorADD codes. The app automatically labels colors on the screen by camera.

Among the many applications, nothing was more exciting than the newly launched edition of UNO in 2017. The cards are marked with ColorADD codes, so people with color blindness no longer have to decline when their friends suggest playing!

However, Neiva hasn’t stopped at UNO. He wants to change the “game” all over the world. Neiva says, “ColorADD is a set of codes that everyone can read and use. It doesn’t set the colorblind apart from others, so you don’t get any added discrimination.”

Challenges and Outlook for ColorADD

Promoting change isn’t easy. There are challenges awaiting Neiva – subway systems incompatible with ColorADD, how iOS 11.9 interferes with the ColorADD app, and the lack of an Android version of the app.

“People always say how they love innovation, but the truth is, they don’t welcome change, otherwise ColorADD would have been invented hundreds of years ago. After all, it doesn’t require modern technology and is easy to learn,” Neiva says with frustration.

ColorADD is now collaborating with the Portuguese Ministry of Education in starting a foundation aimed at introducing the system into the education sector. Instruction on the codes will start in primary schools. Neiva will work with teachers in making teaching materials in an effort to keep the next generation of colorblind people from discrimination. In addition, ColorADD is working closely with Portugal’s national coffee brand, Delta, and largest beer exporter, Unicer. ColorADD also looks to establish partnerships with world-renowned organizations to further promote its use.

The progress is slow but never stops. Neiva looks forward to the day when society is more inclusive, gentle, and colorful to everyone.

Further reading：Can Doing Business Change the World and Solve Social Issues? The Legend of the Modern Ashoka, Who Has Established a Global Footprint
A business organization that solves social, environmental, and welfare issues using its business model. For instance, a social enterprise may create jobs for the underprivileged and offer products or services that are socially responsible or eco-friendly. Profit made by social enterprises are used primarily for re-investment to continue solving social or environmental issues. Social enterprises do not work towards achieving maximum benefits for their investors or business owners.
* This article was co-produced by the editorial board of StoryStudio and Boehringer Ingelheim.

[1]There are several types of color vision deficiency. People with partial color blindness have difficulty differentiating certain colors, and their perception of colors can be affected by brightness of the environment or intensity of the color itself, while people with complete color blindness lack the ability to perceive colors and see only in shades, as in a grayscale. 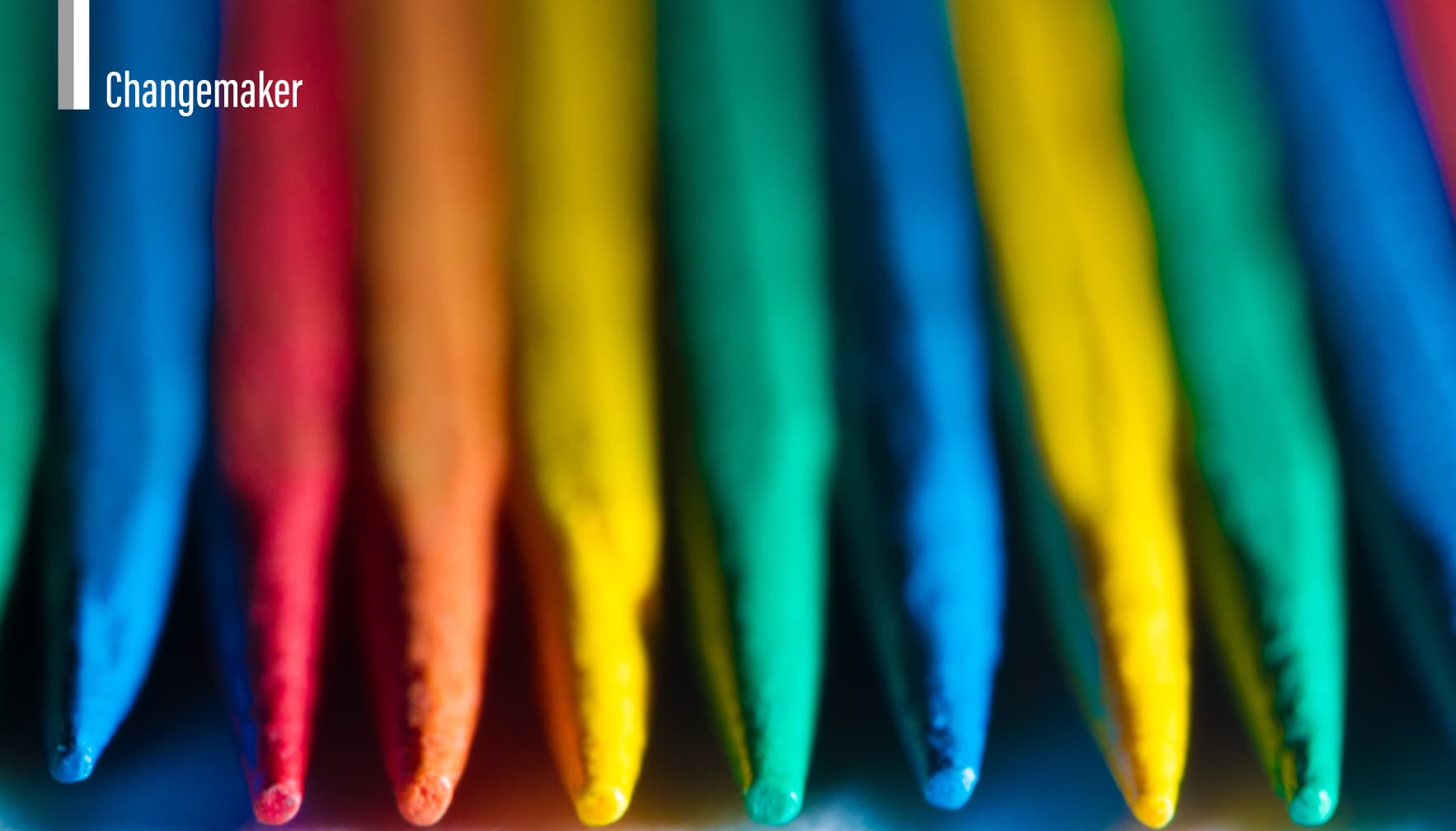 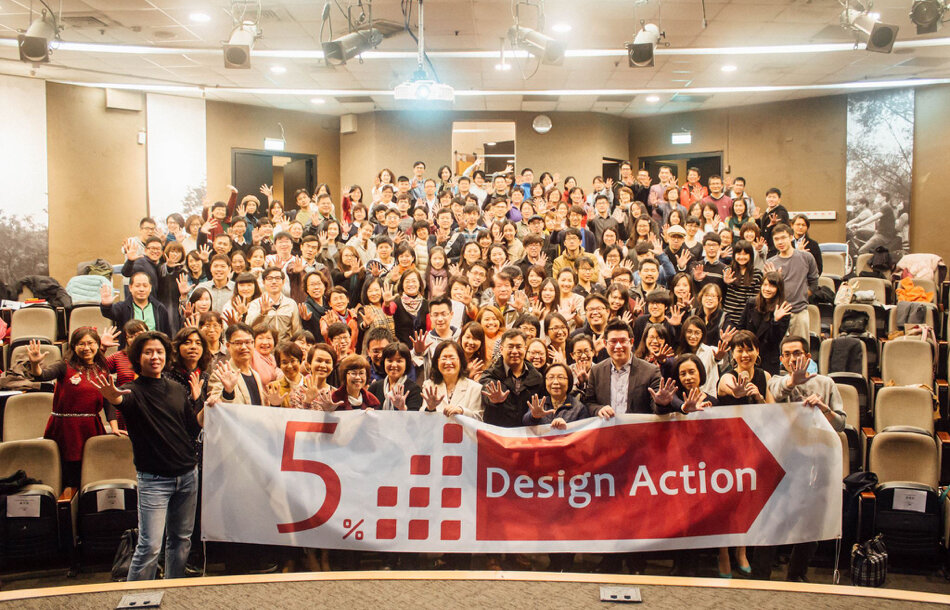 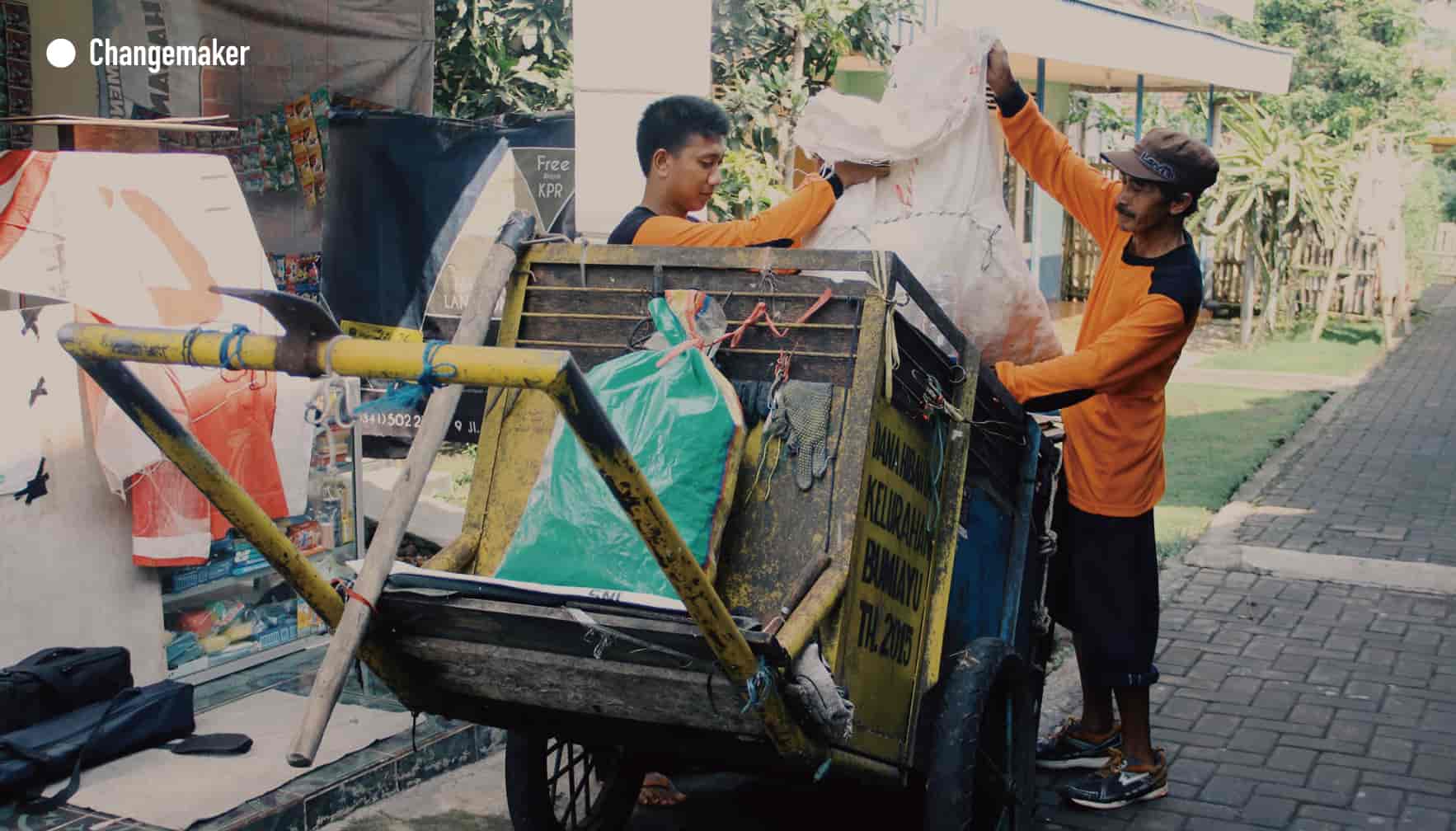