【Changemakers】In Rural India, Where it Takes a Day to See a Doctor, this Engineer Has Used Cloud Technology to Make 'Seeing a Doctor' a Breeze

WuPo Hua 2020-05-13
Telemedicine: Savior of Villages and Remote Areas in India Driver of Telemedicine in India - the Birth of ReMeDi The Indian Government is Promoting Digital India, Creating Opportunities for ReMeDi Starting from India, Becoming a Pioneer among Developing Countries Reference
收藏

In a remote village in Tamil Nadu, India, many elderly, women, and children gathered in front of the gate of the only local health center. Some were in pain while some were laid-back and chatting leisurely. They were here for the same reason - they wanted to know what was wrong with their bodies.

When patients entered into the clinic, they only saw volunteers who assisted them with routine examinations, with no doctors in sight. When the condition of a patient is found to be unusual or more severe, medical volunteers will connect with hospitals in urban areas to enable people to “see a doctor” online.

This form of medical consultation is called “telemedicine”, one of the focuses of global medical research and development in recent years.

In Taiwan’s mountainous areas or remote villages where medical resources are relatively inadequate, health facilities use telemedicine to provide medical consultations. Taiwan’s population is aging and telemedicine is gradually applied in the field of long-term care, offering a different option for medical consultations and treatments as well as care and companionship.

Nevertheless, thanks to Taiwan's geography and universal healthcare, accessing medical services is not difficult for the majority of people. It is, therefore, difficult to appreciate the convenience of telemedicine.

Telemedicine: Savior of Villages and Remote Areas in India

India has almost 1.4 billion people, approximately 70% of which live in rural areas. However, 60% of hospitals and 80% of doctors are concentrated in urban areas, resulting in huge medical and health care disparities between urban and rural areas. In addition, the primary health centers governed by the Indian government has a high absence rate of 40% among doctors, showing that medical resources, talent, institutions, and environment are grossly inadequate in the country.

Due to India’s lack of hospitals and doctors in most rural areas, in addition to the country’s extensive land area, people in rural areas usually have to travel long distances to the nearest city to see a doctor or to buy medications.

In additional to the diagnostic fee and medicine fee, traveling from rural to urban areas entails fare. Moreover, it usually takes more than 1 day to travel, which costs the traveler his daily wage. The cost of seeking medical treatment is a huge stress to most villagers living in poverty. Thus, many people would rather live with illnesses and pain or seek unproven treatments than seek conventional treatments. This is also a probable cause of high death rates amongst people living in rural areas.

In recent years, the Indian government has started to focus on telemedicine. Many Indian scientists also believe that telemedicine will revolutionize healthcare in India's rural areas. In general, this also explains why telemedicine is considered an opportunity for remote villages in India.

Driver of Telemedicine in India - the Birth of ReMeDi

Nowadays, an increasing number of companies developing telemedicine are bringing benefits to people living in rural or remote areas of India, and Neurosynapti is the biggest company with the widest reach.

Neurosynaptic was founded in 2002 with an objective to develop business in the field of neuroscience just as its name suggested.

“We were developing virtual limbs for the disabled and vision sensors. In the subsequent year, we received seed funding from a venture capital fund,” said Sameer Sawarkar, a co-founder of Neurosynaptic, who has profound scientific and technical expertise. He used to work as an important specialist in sensor technologies at Motorola.

1 to 2 years after its establishment, the products developed by Sawarkar for the disabled had won many awards. Still, the products were often thought to target niche markets and, therefore, had little potential for business development.

Not until Sawarkar attended a medical forum did he discover other broader and unsatisfied needs. He said, “We noticed the demand of medical services in rural villages. After discussing the feasibility of medical insurance systems and solutions with the team, we gradually conceived the prototype of the new product.”

“For instance, about 100 patients came to us during our first week stationed in the village, but no one showed up the next week! We then realized that there were not any pharmacies in the neighborhood. Therefore, while people were more than willing to receive health checkups at our station, they were unable to purchase the prescribed medications locally and still had to travel to other places. This is just an example showing that medical ecosystems are sorely missing in rural areas.”

Therefore, Sawarkar and his team dedicated 2 years to discovering implicit medical demands in rural areas. They also conducted research on India’s demography and observed the lifestyles of villagers.

3 years later, they upgraded ReMeDi’s medical technology and even created basic diagnostic equipment. In addition, the team has continued to work with hospitals in cities and healthcare facilities in rural areas, providing required medical assistance for the villagers in their lives.

Considering the lack of medical professionals in rural areas, the team recruits local volunteers with high school education qualifications and trains them to assist with diagnosing. Sawarkar has tried his best to simplify ReMeDi’s operation as much as possible. Operators only have to follow the protocol, note down the symptoms, and send the information to doctors for diagnosing. After the diagnosis is sent back to the site, they will assist with prescribing or offer advice according to the diagnosis.

“We have been dedicating ourselves to providing and establishing comprehensive telemedicine solutions for hospitals, clinics, and government as well as non-government organizations. Currently, we have built more than 2,200 health centers, trained more than 8,000 medical volunteers, and served at least 5 million people in India.”

Sawarkar has shared how he started his business in many medical forums. You cannot help but notice his pleasure and satisfaction when talking about the team's performance.

A press interview when Neurosynaptic was stationed in a remote village in Tamil Nadu. ｜Source of video: SSC global

The rapid development of ICT in the 20th century brought about the emergence of telemedicine technologies. However, the environment and technologies were not mature at the initial stages, rendering it difficult for people to understand the practicality of such technologies. The 21th century heralds a new era for the development of Internet technologies. People have started to conceive an entirely new blueprint for telemedicine. Take ReMeDi for instance, which has a system that runs smoothly on desktops, laptops, tablets, and mobile phones even when the Internet service is unstable. Furthermore, with the support cloud computing technology, doctors are able to see patients anytime and anywhere via ReMeDi. This was unimaginable before.

These technologies appear to be relatively matured today. To operate normally, however, would still require local Internet infrastructure. According to India Internet 2019, a report jointly published by IAMAI and Nielsen Holdings, as of March, 2019, the monthly number of active Internet users in India amounted to 451 million. Amongst them, 192 million were from urban areas whereas the number for rural areas was even higher, reaching 259 million.

Judging from the urban-rural population ratio, the Internet coverage rate remains low in rural areas. Another interpretation, however, is that boundless business opportunities still exist in India rural areas.

In fact, Narendra Damodardas Modi, the prime minister of the country, launched Digital India in 2015. Back then, he already had in mind a blueprint for rural development of the country. The Modi administration plans to invest INR70 billion into building an environment with access to high-speed Internet, enabling 250,000 villages in India to enjoy the convenience brought about by the Internet. Neurosynaptic entered the market during the initial development of rural areas. It has attracted users and laid the foundation for its stronghold in the market.

Starting from India, Becoming a Pioneer among Developing Countries

With the development of telemedicine technologies and accolades from the Indian government, ReMeDi has developed a comprehensive model for its operation in rural areas and remote villages in India.

Today, Sawarkar and his team are bringing ReMeDi to other countries in Asia and even to faraway Africa. The team will face different cultural and regulatory challenges in different countries. Nevertheless, with a desire to improve global healthcare, Sawarkar and his team’s determination to change the world will not falter. They started in India and are now contributing towards the betterment of global health.

Further reading：【Changemaker】With 10% of Men Worldwide Having Color Vision Deficiency, a Portuguese Designer is Creatively Bringing True Colors to Everyone.
Social enterprise:
A business organization that solves social, environmental, and welfare issues using its business model. For instance, a social enterprise may create jobs for the underprivileged and offer products or services that are socially responsible or eco-friendly. Profit made by social enterprises are used primarily for re-investment to continue solving social or environmental issues. Social enterprises do not work towards achieving maximum benefits for their investors or business owners.
* This article was co-produced by the editorial board of StoryStudio and Boehringer Ingelheim.

2. India's Most Remote Villages Are Getting Better Healthcare With This Cloud-Based Solution(Forbes)

3. Medical care ventures don't have to be in the city to be commercially viable(Forbes India)

4. WHO compendium of innovative health technologies for low-resource settings, 2016 - 2017 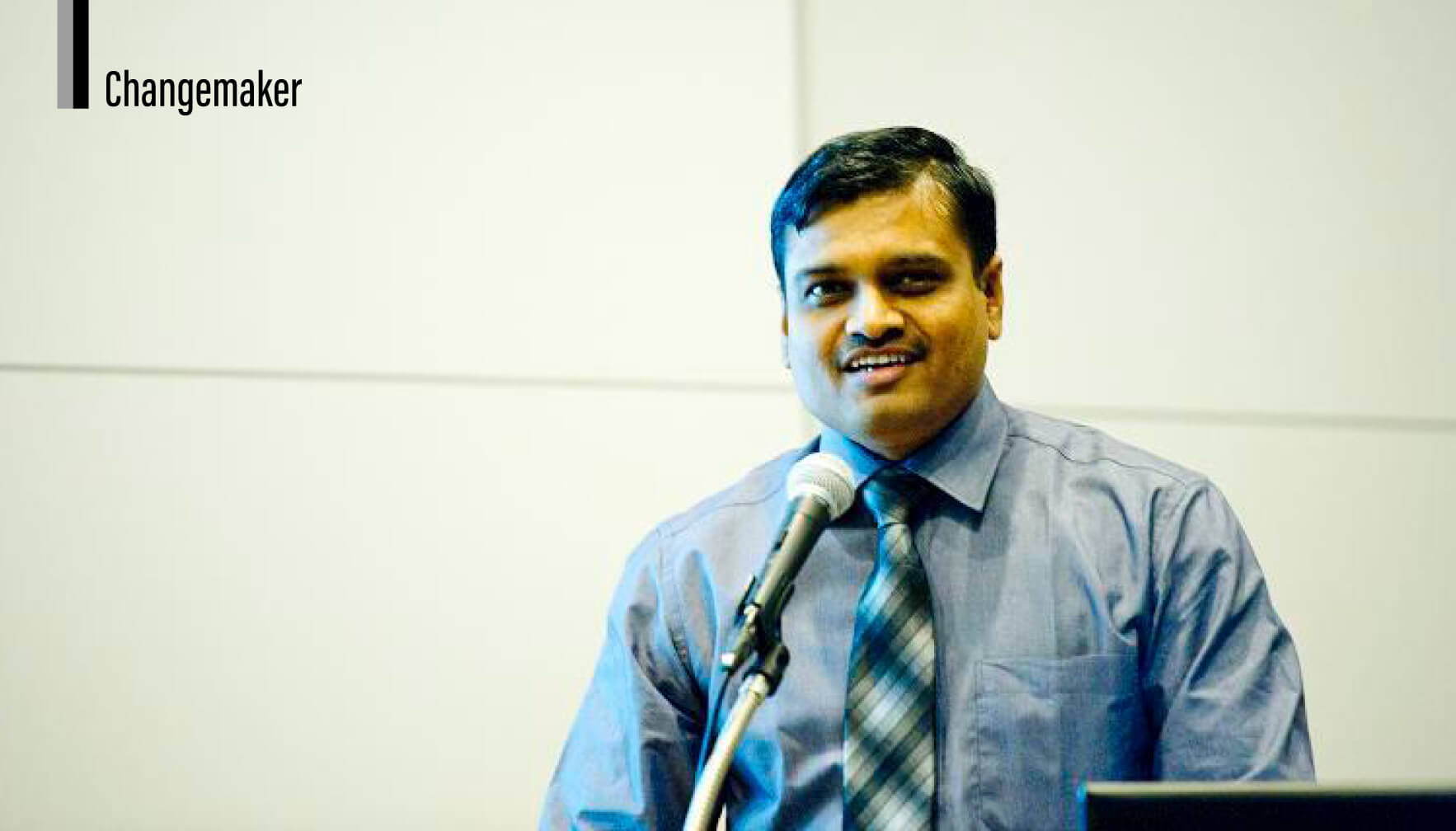 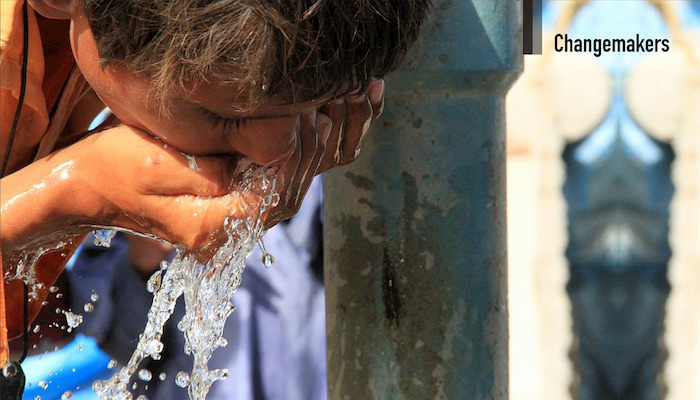